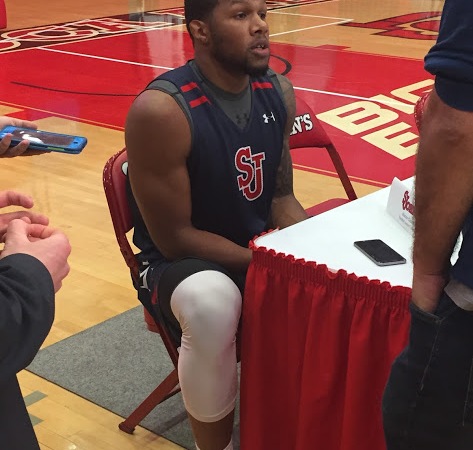 The Big East is loaded with competition this year, and headlined with a lot of star power. Players like Shamorie Ponds, Markus Howard, Jessie Govan, and probably Villanova’s entire starting five…may I continue?

Anyway, the conference’s star power means we sleep on a lot of other players who often make an impact. Here are five players to watch for the 2018-2019 season.

While the name most synonymous with the Red Storm is Shamorie Ponds and his scoring ability, Simon and Clark have helped engineer the culture change that Chris Mullin has been attempting to implement since he arrived four seasons ago; unselfish basketball.

Clark has great size standing at 6’7, but his biggest weapon is perhaps the three ball. He lead the team in three-point percentage at 41% and averaged two three-point attempts per game. Expect these glue-guys to thrive even more with the added depth surrounding them this season.

The Providence Friars lost forward Rodney Bullock, along with guards Kyron Cartwright and Jalen Lindsey. However, their second leading scorer is returning for his junior season.

Alpha Diallo may not be a sleeper because of his impressive numbers last season, but with the spotlight shining on him, look for him to elevate his game even more. He averaged 13.2 PPG last season, a big jump from the 5.7 PPG he averaged in his freshman campaign back in 2016-2017.

The Harlem native continued to open some eyes at the Big East Tournament this past March, including his game-tying basket in the quarterfinals to help power them past Creighton. Expect him to continue impressing people this season.

The red-shirt senior is one of the few important Wildcats who’s returning from last season. Since transferring from Fordham back in 2015, Paschall has been overlooked, but no doubt he’s been important.

It’s easy to overlook Paschall when four players from last year’s team were drafted to the NBA. His numbers were very solid considering all the talent that surrounded him. He averaged 10.6 points, 5.3 rebounds, and 2.2 assists per game. He also ate a lot of minutes for Villanova. He averaged 29.8 minutes played over the course of 38 games.

He decided not to enter the NBA Draft, and instead continue working on his game. With a great recruiting class for Jay Wright headlined by guard Jahvon Quinerly, it’s easy to once again overlook Paschall. But, this team leader has to show the new freshman how it’s done.

It appears to be another season where the DePaul Blue Demons are projected to finish last in the Big East Conference. The focus is on guard Max Strus, who withdrew from the NBA Draft to return to DePaul.

Despite his decrease in production, we’ve seen Cain perform at a higher level. This past season, he dropped 27 points, including the game-winning basket, to beat Georgetown 74-73. If Cain can find more consistency, he could elevate the Blue Demons from the Big East basement.

There are big expectations for Marquette this season. The Golden Eagles are projected to finish near the top of the conference because of the many impressive pieces they have, along with the new freshman they’ve added. Their freshman class includes Brendan Bailey, a small-forward from Utah.

The kicker is, he’s already 21 years old. Bailey just returned from a two-year Mormon mission in Washington D.C. Now, he’ll be a freshman at Marquette while also being one of the oldest players on the roster.

According to 247Sports, Bailey is an aggressive scorer who can play the two or the three. The former four-star recruit is versatile and has good size for a perimeter player at 6’7. Joey Hauser headlines the freshman class for Marquette, but if you forget about Bailey, you won’t when you see him first hit the floor.