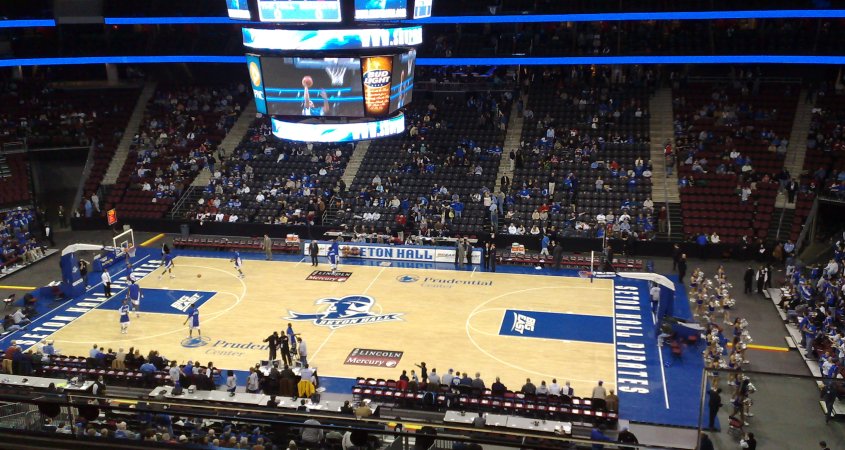 Seton Hall’s “core four” departed at the end of this past season.  With Desi Rodriquez, Angel Delgado, Khadeen Carrington and Ish Sanogo graduating, Pirates fans were looking for answers as to who would be the future of Seton Hall basketball.

If anyone showed they had what it takes, junior guard Myles Powell assured Pirates fans he’s up for the challenge.

Powell put on a show from the field in the Pirates’ first game against Wagner, shooting a remarkable 10-13, making five three-pointers out of seven attempts and finishing the night with 30 points.  Powell has asserted himself as “the guy” for the Pirates, and they can definitely rely on him to lead them to success in the coming season.

Look out for Mamukelashvili who looks to be imbedded in the tall trees on the inside for the Pirates.  We will find out a lot about were he is as a player who will be in the starting rotation this season.

Quincy McKnight also made a strong impression in his first game with the Pirates. The junior transfer from Sacred Heart University played the distributor role in this game finishing the night with six points, four assists, six rebounds and two steals in 16 minutes of play.  Look for McKnight to put together a strong campaign for the Pirates.

Pirates fans should walk away with big smiles on their faces after this game.  The Pirates demonstrated their tenacity and ability to run up the floor with quickness and precision against a tough opponent.

The Pirates have the ability to beat in you in a multitude of ways with their big men inside and their perimeter shooting.

At this point, Seton Hall is nowhere near as strong as they were last year, but they still have some building blocks to play with that could turn into key pieces.

Powell has already lived up the hype after his performance opening night.  He is without a doubt the most valuable player for the Pirates because of his ability to be a force on the offensive end of the floor.

Look for these Pirates to continue being pests to opponents throughout the year.  They will struggle somewhat this season as most of these players are getting accustomed to new roles on the team.

However, struggles are expected with a relatively young team so nothing will be out of the ordinary when their struggles do come around.

This team has the potential to be a solid team in a competitive Big East conference, even though it will be difficult for them to keep up with the top dogs of the conference like Villanova, Marquette and Providence this year.